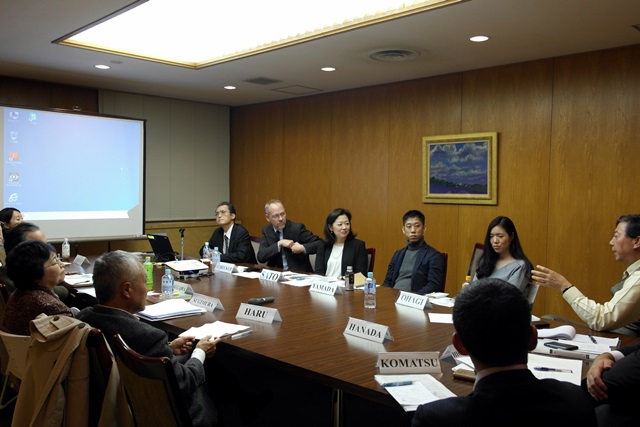 The moderator, Ms. Mio Sato, Chief of Mission, IOM in Japan, started the session by explaining that Human Mobility has been increasingly addressed as one of the common issues by the international community, as exemplified by that Human Mobility is recognized as one of the core issues for 2030 SDG Agenda of the UN and that two Global Compacts (namely, with respect to refugees and migration) had been introduced at the UN General Assembly on September 19, 2016. Ms. Sato stated that the aim for this session was to discuss Human Mobility in the light of Peacebuilding assistance while addressing the case study of Rohingya Refugees and responses relating to refugees and migration. 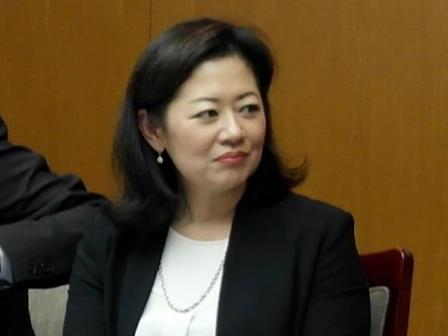 First, Mr. Hebecker, UNHCR Representative in Japan, analyzed the Rohingya Refugee issue from three angles: namely, Refugees, States and International Community, and referred to the Rohingya Refugee problem as reflecting many of the contemporary international dilemmas. He added that even though the number of global conflicts and refugees/displaced people continued to increase, many governments’ financial contributions to international assistance institutions were declining. With respect to particular challenges relating to the Rohingya refugee response, mainly in Bangladesh, Mr. Hebecker listed (1) congestion at the camp and lack of suitable land, (2) lack of coordination by local assistance bodies, (3) water and sanitation, (4) cooking fuel and environmental degradation, (5) lack of livelihood and unemployment problem, (6) lack of education opportunities, and (7) possibility for youth to become extremist due to dissatisfaction related to the above (1) to (6), among others. Mr. Hebecker concluded that the international community, including UNHCR, was still at the trouble-shooting stage and had not achieved any “real solution” with respect to the Rohingya refugee issue. He added that, for an ultimate solution, engagement at the national level and grassroots peace- and confidence-building were absolutely essential, but the challenge lied in the low level of citizens’ support towards the inclusion of the Rohingya community in Rakhine State of Myanmar. 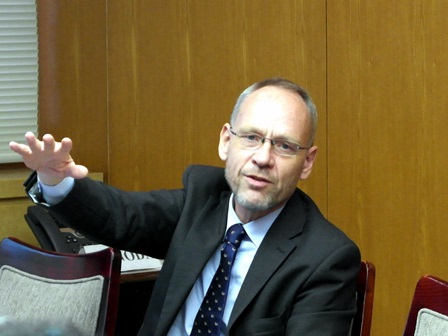 Second, Mr. Hanada stated that the migrant/refugee issue had two dimensions and addressed the necessity to analyze the receiving European country in detail after 2015. Mr. Hanada explained that the number of migrants/refugees in Europe had dramatically declined, after more than one million refugees flooded into Europe in 2015 from Syria and other countries. Mr. Hanada identified the underlying problems of the migrant/refugee issue in Europe is rather psychological than real. Mr. Hanada stressed that the smooth acceptance by recipient countries relies on 2 factors, volume and assimilation, the both of which are not easy to be controlled. Furthermore, Mr. Hanada presented his observation that the issue is not economy but rather “identity” related which illustrates the strong adherence of the people to the tradition and value of the community they live in. Mr. Hanada concluded that the issue became more “emotional”, which proved the fact that human beings are, in general, “not idealistic” but “conservative”.

The first commentator, Prof. Salton, provided his views in response to Mr. Hebecker’s presentation. With reference to his teaching experience in Bangladesh, he explained the background that his former institution confronted issues in accepting Rohingya refugee students into the University. Prof. Salton stated that his institution faced opposition and objections from both the Bangladeshi and the Myanmar governments. With reference to Mr. Hanada’s presentation, Mr. Salton suggested that the biggest issue at present was that the attitude of leaders of various states had become increasingly conservative worldwide, and that such policies of leaders were then reflected into the general citizens’ psychology. 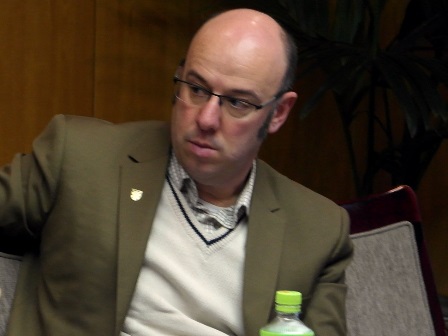 Another commentator, Mr. Haru referred to Mr. Hebecker’s presentation and noted the need for justice as a peacebuilding process and for it to be sustained if necessary, by an international court. Mr. Haru explained that Myanmar may be a tricky case, because the country is not a member of the International Criminal Court and hence the prosecution should be initiated by the UN Security Council. Mr. Haru suggested that the process would be painful but, he said, the re-conciliation is necessary for the nation to move forward. In addition, Mr. Haru addressed, as a possible proposal with respect to the Rohingya Refugee issue at this stage, the significance for keeping records as a method to obtain and secure evidences, with a view to pursuing future prosecutions.

The summary record of this working session was taken by Ms. Amano. 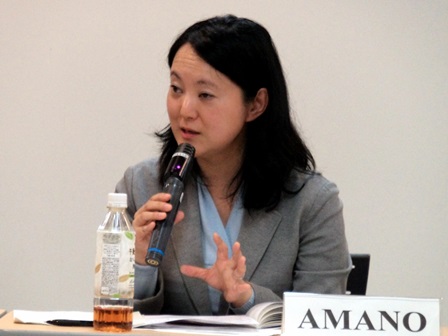