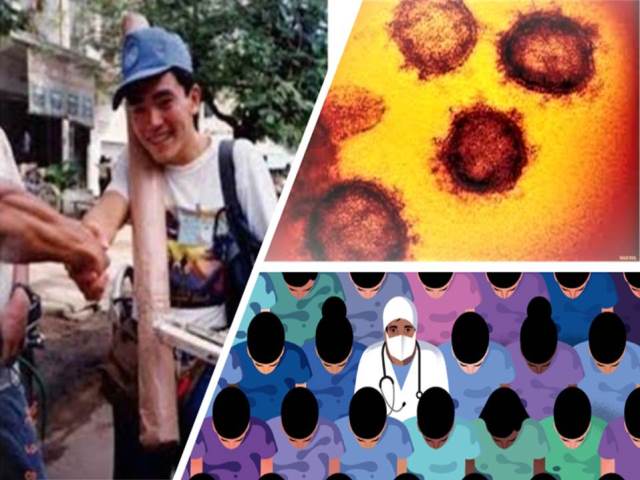 The 27th anniversary of the tragic ambush in Kampong Thom is being commemorated in midst of one of the largest planetary disasters in the last century, the COVID-19 pandemic. This extraordinary situation brings former UN Volunteer Electoral Supervisors, who on 8 April remembered the tragic killing of Atsuhito Nakata and his fellow interpreter Lek Sophiep, back to the very meaning of what took their lives, and gave them, back then, a renewed sense of optimism: at the heart of their UN engagement, what gave them the strength to continue in the face of adversity, the spirit of international cooperation, and going beyond self-interest.

Every year, the former UN Volunteers get back in touch.

Yet this year is a different, more dramatic context, which once again gives everyone an increased sense of responsibility. Beyond memories of UNTAC, COVID-19 is another reason to get back in touch. All of them, once again, are affected, wherever they are. Those who worked side by side with Atsuhito Nakata, and came from so many different walks of way, are now again spread around the world, in Italy, Poland, Chad, Uzbekistan, Australia, Malaysia, South Korea, Japan, or Norway, to name only a few countries. And yet, once again, they are faced with the same challenges. The planet suddenly looks even smaller, and more interdependent than ever.

As always, crises bring people together, and triggers solidarity and selflessness, beyond individual interests and international borders. The UN is more than ever relevant. As often, it also shows the limitations of international organization under the test. Some of the former UN Volunteers are even, once again, part of the response to the crisis, far away from home. Who would have thought, back then, in 1993, that 27 years later we would be dealing with such a deadly pandemic? For Professor Sukehiro Hasegawa, who had seen in the death of Atsuhito NAKATA the triumph of idealism, the medical staff who are risking their lives to save the affected people are demonstrating the spirit of human solidarity.

Out of fear, almost all countries are closing their border to prevent the intrusion of coronavirus. But, in Pr. Hasegawa’s view, what is even more needed is the emergence of an effective global governance structure and closer consultations among the political leaders of all countries in combating the virus. While the US, the EU and Asian countries are too preoccupied with their own problems to look after other countries, he hoped the countries would come together to support the UN agencies in assisting the governments of less equipped countries of Africa and other affected regions to become fully aware of the danger and take strong preventive actions against the spread of COVI-19 in their countries. As UN Secretary-General Antonio António Guterres has said, prevention is the key in combating crises including COVID-19.

Once the crisis is over, this will be an additional reason for those who knew Atsuhito Nakata to get together and meet, and reflect on the meaning of their engagement, perhaps again in Beaujolais, as the occasion of the 20th anniversary of UNTAC, or elsewhere. Meanwhile, we hope that, wherever they are, they are safely confined and in good health, showing the same resolve and the sense of humour that kept them going in 1993.