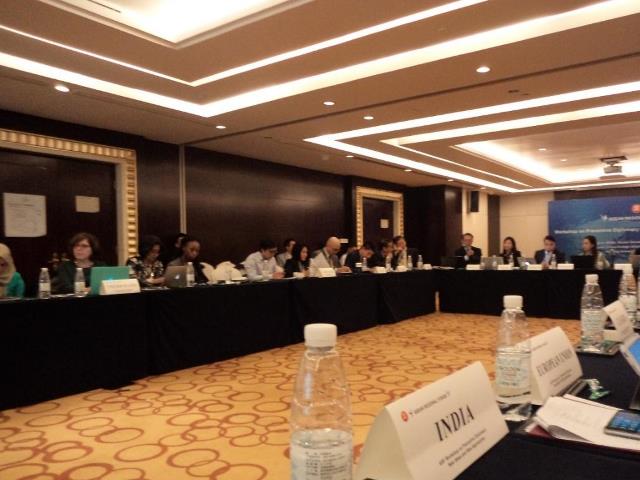 Professor Takaaki Mizuno, GPAJ Board member and Professor of Kanda University of International Studies is making his presentation explains the shifting triangular relationship among the United States, China and Japan.

The outline of the presentation is following. 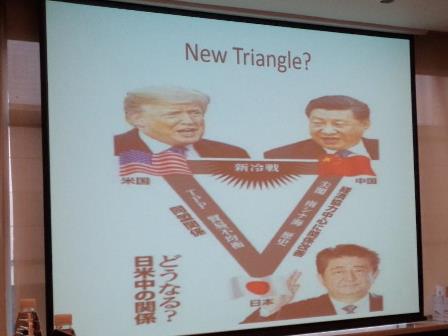 The Sino-Japan relationship is one of the most complicated and the potentially the most dangerous if mishandled. As Japan is a staunch military ally of the United States, if there is a military conflict happens between the two, which almost inevitably involves the U.S., the parties will be the three largest economies in the world and the two of them are nuclear powers. Given the huge potential risks to the regional and global stability, no one can deny the vital necessity to manage the relationship and prevent spillovers of inadvertent actions or accidents. There are ample domestic political reasons for both China and Japan, whether it is “territory”, “history”, or “strategic” to name a few.

In my view, there remains mistrust in improving the Sino-Japan relationship because the potential rivals now in fact have traded places in Asia and beyond. However, both China and Japan have managed these potential risks so far and at least have taken tangible steps to build a minimum trust and mutual understanding by agreeing the resumption of visits by the leaders of both countries after a long hiatus. 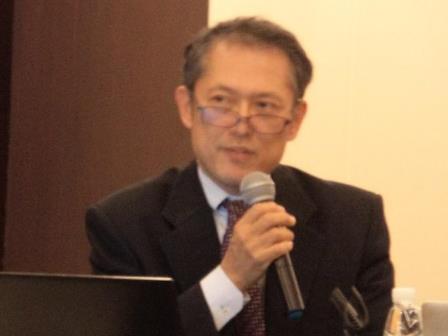 Japanese Prime Minister Shinzo Abe made an official visit to China and met Chinese President Xi Jinping on Oct. 26 in 2018, marking the 40th anniversary of the Treaty of Peace and Friendship between the two countries. This was the first trip to Beijing made by the Japanese prime minister since 2011, excluding multilateral meetings.

Economic cooperation and Free Trade principle were key issues to appeal when Abe met with the Chinese Premier Li Keqiang, with more than a thousand of Japanese CEOs. All of them, including two leaders, attended the Japan-China Forum on Third Country Business Cooperation held in Beijing. The Forum was a showcase for the two economic giants for their global business reaches in full-scale cooperation. They inked deals worth about 20 billion dollars.

The boost in economic ties came in the middle of escalation of a trade war between China and the US, and President Donald Trump’s increasingly protectionist stance. Against this background, the event was not only about trade and business, but also a political gesture for a “strategic cooperation.” After long hesitation, a once-reluctant Japan finally has come to support China’s ambitious “Belt and Road Initiative (BRI)”, advocated by Xi himself. Together with his “Chinese Dream” catch phrase, this initiative could become Xi’s historic legacy if it succeeds or a fatal blow if it fails. As the U.S. President Donald Trump increasingly tilts towards an anti-China stance, it was political gain for Xi to garner support for his pet project from the second largest economy in Asia. For Abe, it was a window of opportunity to revamp his image of “anti- China hawk” to a pragmatic and skillful leader by extending his hands. As a sign of appreciation from Xi, he promised to take into positive consideration when Abe invited him to Japan for a reciprocal visit next year, which would become his first state visit to Japan as Chinese president.

As a case of Preventive Diplomacy, nobody can deny the significance of Abe’s visit at one of the hottest corners on the globe. Abe should be surely given due credit for mending ties with his difficult neighbor and putting this important yet delicate relationship “back on track,” at least temporarily. Xi also scored diplomatic points by securing strong support for “free trade and multilateralism” as he faces incessant pressure from the U.S.