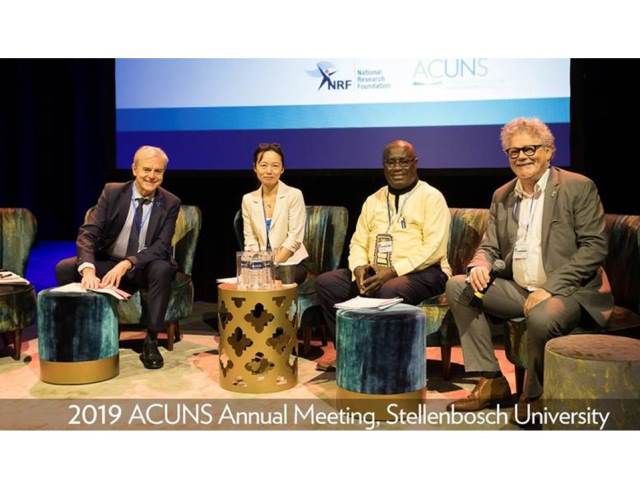 Until recently, security and development were treated as separate areas with inquiries into the impact of development on crimes and violence. Less inquiry was made on the impact of crimes and violence on development. One important thing to consider is the notion of development in modern terms. Development has a colonial origin based on asymmetric power relationship between its giver and taker. With the shift of the notion of development, with economic liberalization in the 1980s and capability approach in the 1990s, economic growth became something that is only desirable ‘if it enhances what people are effectively able to do and be, improve the quality of life, and remove any obstacles so that people have more freedom to conduct the kind of life that, upon reflection, have reason to value’. With this evolution, the idea of social justice and individual freedom flourished. This is the foundation that UNDP Human Development Report was launched, and that Millennium Development Goals (MDGs) were crafted. In this trend, the mutual influence between development and security started to be recognized, most notably in the Larger Freedom, where security, development and human rights were all interconnected. In the meantime, security started to be acknowledged to be not only State security, or hard security, but also human security. Of note is that human security has subjective measurement and a significant focus on vulnerable groups. At the same time, development actors started to be increasingly worried about securitization of development goals. 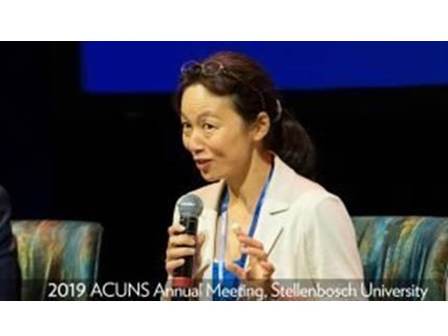 SDGs were drafted against that background. SDG 16, often called ‘peace goal’, aims to promote peaceful and inclusive societies for sustainable development, provide access to justice for all and build effective, accountable and inclusive institutions at all levels. Its targets deals with all violence, inclusive of conflict and non-conflict violence, organized crimes and other crimes, and security issues in public and private spheres alike. These targets are measured by objective and subjective indicators, including individual feelings regarding safety and perception of public service. Violence and crimes in SDGs are not only in its Goal 16 but in multiple other goals, including sexual violence, environmental crimes and green criminology, wild life trafficking, illegal fishing and poaching. In achieving these goals, law enforcement would play a crucial role. Other goals address mitigation of forced labour and improving work environment, and in such areas, law enforcement can work as an important enforcer. In the same document, poverty reduction, inequalities, health and education are aimed. It is noticeable that SDGs talk of peace and development. In this context, would peace be security plus human rights, if one uses the language of ‘In Larger Freedom’? The language of SDGs seems to indicate both securitization of development and development actors’ concern about it. It does include major elements of human security, but explicit referral was carefully avoided.

How does the UN’s approach fit in it, then? The UN has largely been approaching security in two different parts: peace operations as response to conflicts, and crimes and organized crimes through agencies and offices including UN Development Programme (UNDP) and UNODC. In both streams, stopping crimes and violence was of a relatively short term, responsive nature, and building state institutions was of a longer term, preventive nature. Recently, though, the division became less rigid, and cross-cutting issues have started to be picked up. With the change of the type of conflicts, of violence and of security issues, as well as the change of approach from State security to human security, more comprehensive approach, combining force across sectors started to be more common. Peace operations address Security Sector Reform (SSR), institution building and deals with organized crimes, while UNDP steps in immediately after, or sometimes even during the conflict. In a more recent years, in particular in Africa, while the UN tries to focus on prevention, different reality was that the UN had to work on immediate response to stop violence, which can be seen in stabilization missions. Protection of Civilians (POC) in physical terms, while not the primary focus of the UN, has been very necessary on the ground.

What are actors in UN Peace Operations in all these activities? Within Peace Operations, often contribution of military contingents is discussed, but it is submitted that the police has a central role. The UN Police has about 30 percent of individual police that works on investigation, community policing, capacity building and prevention side of POC. The other 70 percent is deployed in the form of formed police units (FPUs), to work on tasks that require coordinated approach, including physical protection in the area of POC.

When one sees SDGs contribution in the link between security and development, the first thing that is noticeable may be that SDGs showed the complex dynamics of security to the world. As was already mentioned, SDGs discussed violence in conflict and non-conflict, organized and individual crimes, in public and private spheres, with objective and subjective indicators. Violence reduction was presented as a global goal and not just a problem of developing countries. SDG approaches these targets with best-practice approach, which managed to appeal to policy makers of various types of countries. SDGs are also sold as something for everyone with responsibility of everyone. Security and inequality issues are dealt with in the same document, as a global issue and not as a problem of countries and communities facing mass scale violence or inequality. SDGs are agreed as a shared goal, and one important shared goal is to bring security and development together.

However, SDGs have remaining challenges, too. One of them is that they are illustrated in the form of end goals and not means, which may leave the process requirement for equality behind. SDGs are framed as a declaration and responsibility by all, which could dilute accountability for non-delivery of commitments. Flexibility left in the document, understandably for getting agreement by maximum actors, can be detrimental to less powerful actors, depending on how that flexibility is implemented.