At a symposium organized by ACUNS and held in the Library Hall of the UN Office in Geneva on 15 June 2015, Chinese Ambassador WU Hailong, Korean Ambassador CHOI Seokyoung and Japanese Ambassador Misako Kaji presented overviews of their countries’ contributions to UN peace operations. 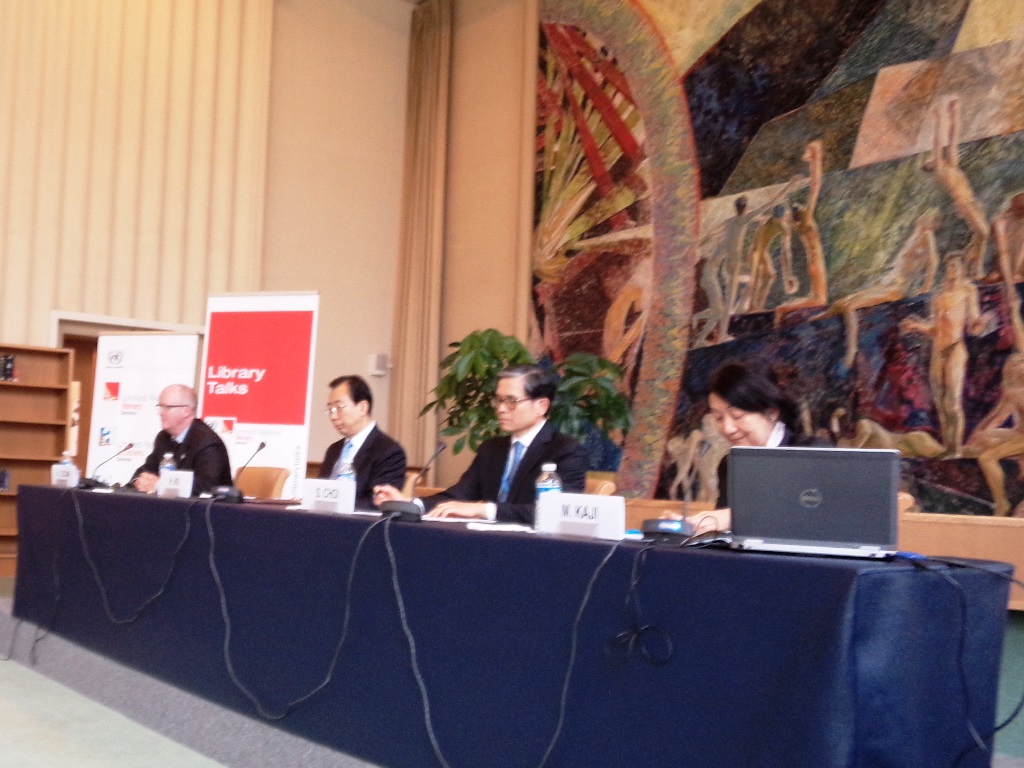 In a panel discussion session, Dr. Achim Wennmann, Executive Coordinator of the Geneva Peacebuilding Platform, stressed the relevance of human security as a guiding paradigm in peacebuilding, while Dr. Carl Ungerer, Director of the Leadership, Crisis and Conflict Management Programme of the Geneva Centre for Security Policy, found the need to rectify the anomaly of having just two countries, the United States and Japan, paying for the bulk of UN peace operations and a few South Asian countries providing most of the troops. Professor Katsumi Ishizuka of Kyoei University pointed out that European countries had participated actively in UN peace operations during the Cold War but their commitment has since evaporated. In concluding the symposium, Mr. Alistair Edgar, ACUNS Executive Director, informed the participants that ACUNS intended hold library talks, seminars and symposiums in Geneva as well as New York.