Akio Miyajima, Director-General of the Cabinet Office in charge of International Peace Cooperation Activities calls for the Continuation of Japan’s Contributions to UN Peace Operations. 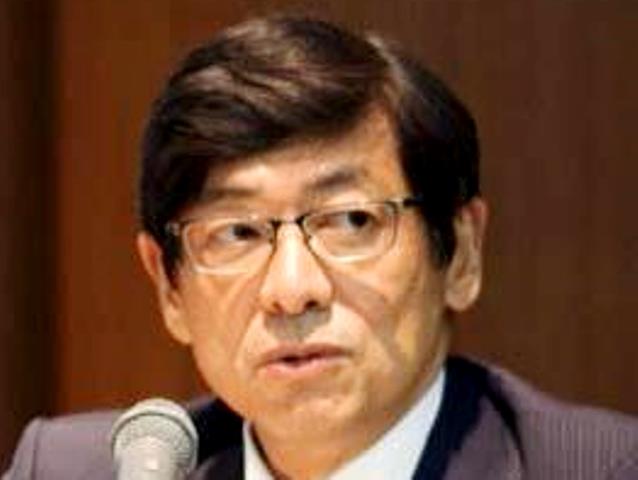 Mr. Miyajima explained that the International Peace Cooperation Act, which took effect in 1992, had undergone three revisions. Based on its PKO experiences on the ground over years and in accordance with its Constitution, Japan has carefully but steadily expanded its scope of activities and adjusted its rules on use of weapons to fulfill its mandate effectively. The latest amendment made in 2015 was significant and epoch-making as it provided the Self-Defense Force of Japan with new mission assignments of kaketsuke-keigo (coming to the aid of PKO-related individuals upon urgent requests when unexpected dangers are imminent) and joint protection of camps.

He noted that since 1992, Japan has respected its “5 Principles for Participation (in PKO)”** based on its Constitution and if any of those principles is not satisfied, Japan’s PKO personnel must withdraw. He also noted that its implementation plan for UNMISS (the UN Mission to South Sudan) include a paragraph saying that the PKO personnel would be withdrawn if it became difficult to carry out meaningful activities while securing personnel safety. This served as an important operational guideline with regard to the withdrawal of the Japan’s PKO personnel.

Mr. Miyajima added that public understanding and support for Japan’s participation in PKO were indispensable. According to public opinion polls conducted by the Cabinet Office, the support for participation in UN PKO had increased and remained high from 83.9% in 1994 to 92.7% in 2016. In spite of the high public support, the challenge for Japan’s PKO policy, he mentioned, is how strong or how thin this support will be at a critical moment. The only Japanese personnel deployed to UN PKO now is just four staff officers assigned to the headquarters of UNMISS, and Japan ranks the 113th among the 128 troop contributing countries in the world. Japan’s financial contribution still ranks the third largest but its share has dropped to less than 10 percent of the PKO budget, while China’s contribution had soared over the years and now ranks the second, exceeding that of Japan.

Mr. Miyajima said that the engineering unit of the Japan’s Self-Defense Forces dispatched to UNMISS for more than five years had received high praise from both the South Sudanese government and the United Nations. Japan has not abandoned South Sudan or did not withdraw its unit because of the danger on the ground. Upon its withdrawal, the unit provided equipment and materials such as heavy machineries for UNMISS and Japan also continues the deployment to UNMISS headquarters personnel. It is true that the nature of the United Nations PKO has transformed from traditional PKOs of ceasefire monitoring to today’s robust, multi-tasked, integrated PKOs with protection of civilians as top among its mandates. Some say that Japan’s participation is less useful in today’s PKOs. However, he mentioned, the significant works by Japan’s engineering unit over the past 5 year had clearly proven that the role of Japan were so essential for UNMISS’s effective operations through their activities such as repairing roads for their troops to move around and to transport humanitarian goods, or laying shelters for UNMISS to improve its safety after the crisis last July.

Now, after 25 years since the PKO law was enacted, Japan’s international peace cooperation is at the crossroads. We need to review what Japan should and can do in the future. With the determination and resolve to live with the world, it is essential for Japan, fully utilizing its strengths and unique characteristics, to make sincere efforts in addressing the issue of peace in the world.

**“5 Principles for Participation”: (1)Agreements on a ceasefire have been reached among the Parties to Armed Conflict. (2)Consent for the conduct of UN PKO as well as Japan’s participation in such operations has been obtained from the countries to which the area where those operations are to be conducted belongs as well as the Parties to Armed Conflict. (3)The Operations shall be conducted without partiality to any of the Parties to Armed Conflict. (4)Should any of the requirements in the above-mentioned guidelines cease to be satisfied, the International Peace Cooperation Corps dispatched by the Government of Japan may terminate International Peace Cooperation Assignments. (5)The use of weapons shall be limited to the minimum necessity for the protection of the lives of personnel dispatched, in principle. When the consent for acceptance is deemed to be consistently maintained, the use of weapons in defense of the mission mandate is allowed in accordance with specific requirements.