As Fretilin received the largest votes, Secretary-General Mari Alkatiri expressed Fretilin’s readiness to form a coalition Government with CNRT and other parties.

From right to left, José Ramos-Horta、Mari Alkatiri (in center) and Sukehiro Hasegawa

During his stay in Timor-Leste, Professor Hasegawa who is now President of the Global Peacebuilding of Japan met with former Prime Minister of Timor-Leste Mari Alkatiri. According to Hasegawa, Alkatiri held a strong spirit of independence and kept the national interest of Timor-Leste in his negotiation with Australia over the management of Timor Sea natural resources. 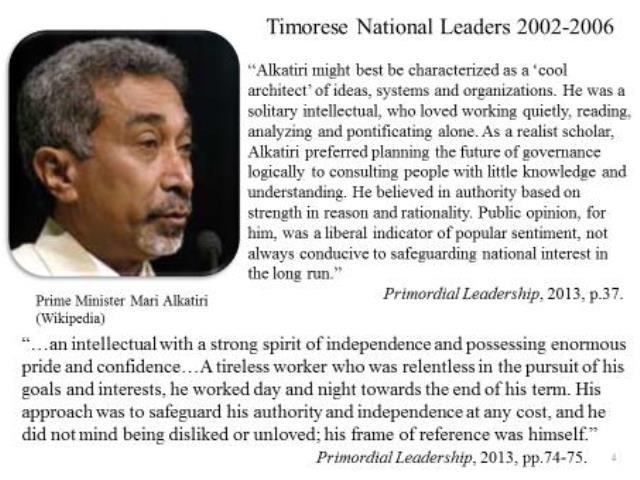 Hasegawa found President Ramos-Horta as most cosmopolitan in Timor-Leste and committed to the principles of the United Nations. 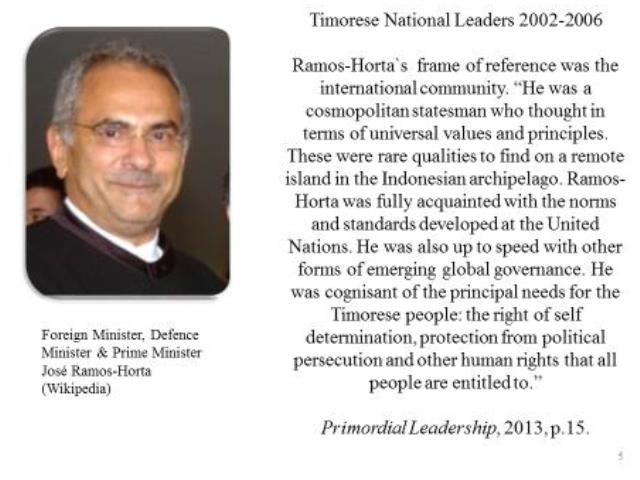 During the four and half years Hasegawa, then Prime Minister Mari Alkatiri was active in visiting rural areas and holding “Open Governance” meetings with local residence. He invited SRSG Hasegawa to accompany and witness how he and his ministers engaged in dialogues with people. 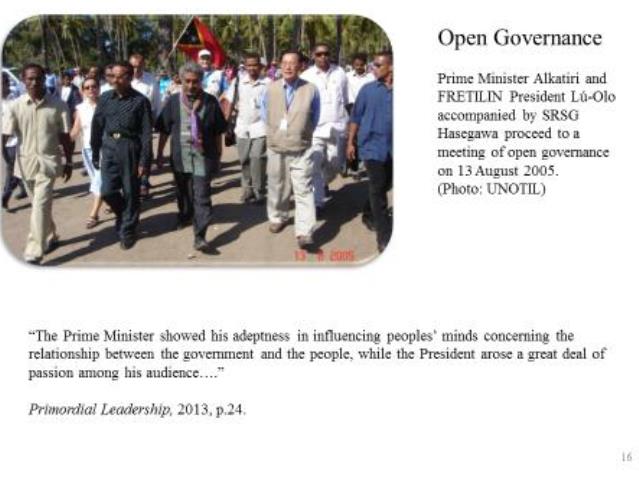