The first meeting of the GPAJ Executive Committee was held on June 13 at Le Gourmand Bistro in Ebisu in preparation for the 2018 Annual Research Convention to be held on December 8 at JICA Research Institute at Ichigaya. Nine members commenced their work to be coordinated by Professor Kurosawa as Executive Chairman. (Kenji Nakazawa) 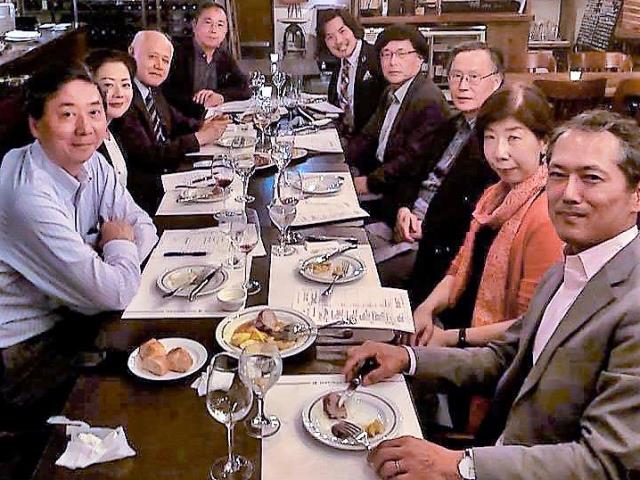 The meeting moderated by Professor Kurosawa and attended by 9 members agreed on the following:

The participants then discussed the distribution of various functions among the Committee members.