Mr. Bill Jackson, who was Director of External Relations, stated on the anniversary of the death of UNV Atsuhito Nakata that UNV as a whole were very grateful for Mr. Takehito Nakata`s philosophical acceptance of his son’s death, and his willingness to take up the new role of following his son’s work, whereas one could have expected a more hostile reaction from parents. 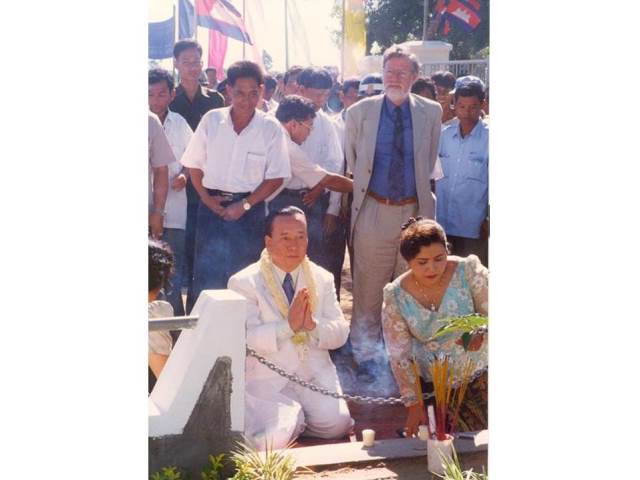 ‘Nakata-san prays at the new school in the Kampong Thom region of Cambodia as Bill Jackson stands behind him.

Takehito Nakata believed that UN volunteers who work as “global citizens” were the most revitalizing force for the whole of humanity and that the United Nations is the Global Organization that the 20th century mankind created for which he served as a UN volunteer honorary ambassador until his death.