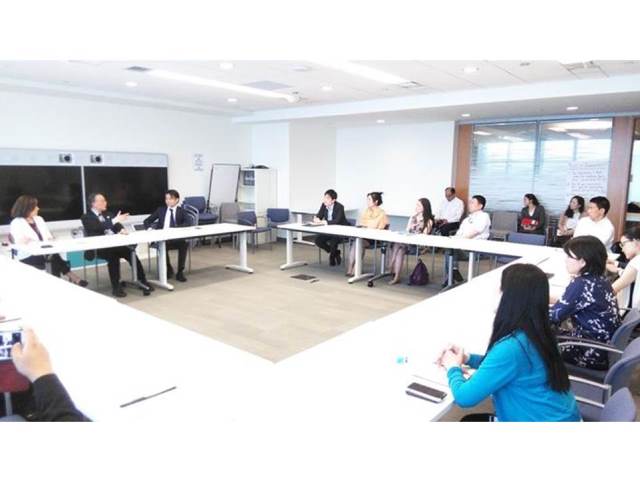 In his presentation to Japanese staff at UN Headquarters, Mr. Hasegawa identified five motivating factors that led him to develop his career in the United Nations: (1) readiness to move from Headquarters to Field and from one continent, i.e. Nepal, Indonesia in Asia and the Pacific, to another, i.e. Somalia and Rwanda in Africa; (2) appreciation of the people in host countries and institutions, i.e. leaders and people of Rwanda and Timor-Leste; (3) keeping client oriented mindset, e.g. national government officials and people as well as UN volunteers and national officers; (4) taking initiatives to do new things, e.g. starting UNV assignments in UN peacekeeping operations and building prisons and new community police forces in Rwanda; and (5) continuous learning and gaining deeper insights into root causes of human behavior, e.g. two year leave to get a Ph.D. He also mentioned lessons learned from several mistakes he made including outshining his mater which cost him a promotion. He recommended for reading by those engaged in international organizations two books by Robert Greene The 48 Laws of Power (1998) and The Laws of Human Nature (2018) and more importantly Immanuel Kant`s Groundwork of the Metaphysics of Morals (1785) and John Rawal`s A Theory of Justice (1971), copy of which he received from Mr. Atul Khare.