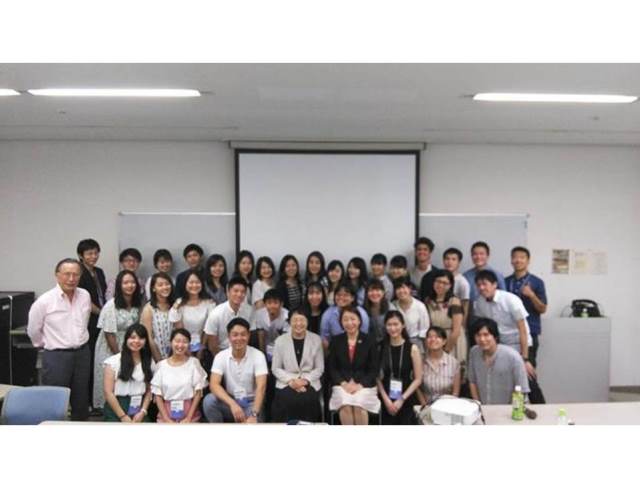 The preparatory workshop was held for a couple of important reasons; one was to enable the participants to understand how the international style Model United Nations works. Another was for the students also to gain a deeper understanding of the issues between Japan, China and Korea such as but not limited to the matters of historical issues, sustainable development, and territorial issues. Through the course of learning about the issues, they adopted a critical thinking approach to question why these issues are so pertinent and difficult to solve, and gained to look at issues from different perspectives. In addition, they have learned to think and suggest potential solutions specifically relating to matters concerning Japan, China and Korea, based on the outcomes of the camp. (All sessions were conducted in English.) 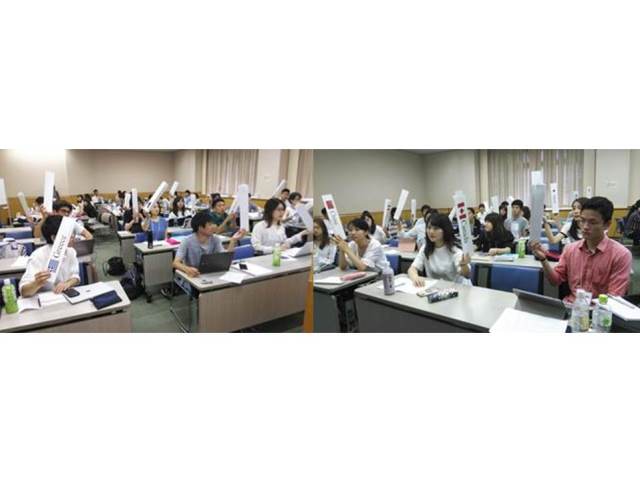 • Model United Nations (MUN):
The first day and the in morning of the second day was devoted to learn about and practice the model UN procedures. The MUN sessions were centered on two topics:

The students spent the afternoon of the second day and the third day to listen and interact with guest speakers on about the international relations among Northeast Asia, specifically on the issues related to marine pollution, media literacy, and women’s empowerment. 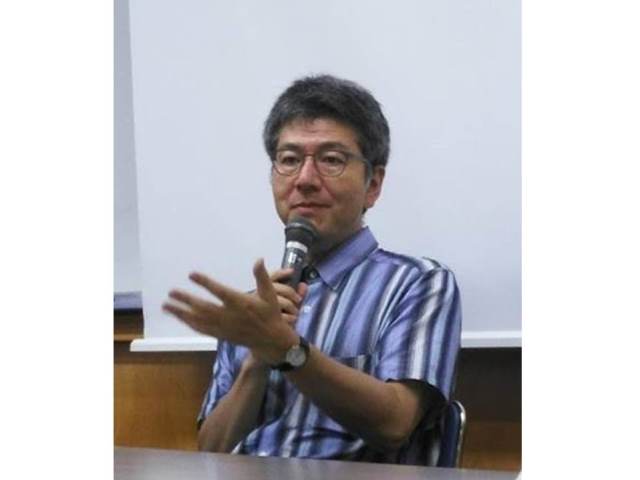 The lecture and discussion sessions were opened by Mr. Yasushi Akashi, Vice President of the UN Association of Japan. He provided an overview of historical development in Northeast Asia in the context of global developments along with his experience as the senior most of the Japanese staff in the United Nations. 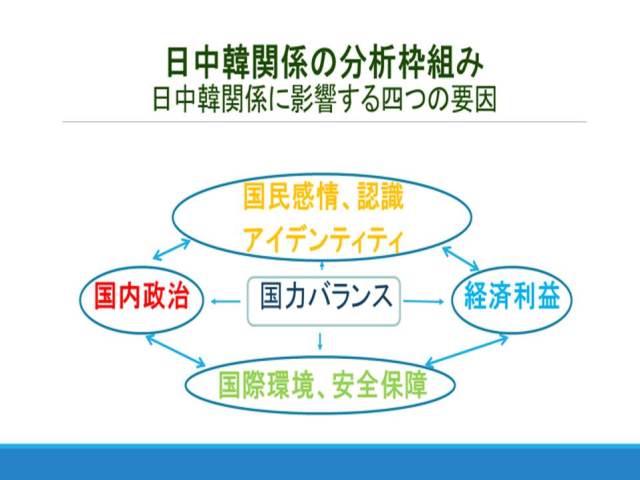 Mr. Tadashi Sato, Director of the Environment Division of the Ministry of Foreign Affairs, made a presentation on issues surrounding the marine pollution particularly caused by plastic materials. 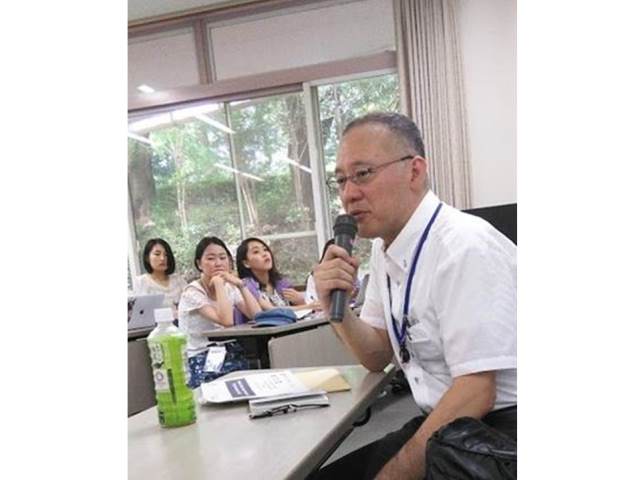 He explained how marine plastic litter have impacted the ecosystem of oceans and how Japan, China and ROK are supporting ASEAN countries to reduce marine plastic debris by promoting public awareness, research, and education, improving the management of plastic waste and strengthening regional cooperation. He also shared how the Prime Minister took his leadership in adopting the G20 Osaka Blue Ocean Vision and the Leaders’ Declaration by which they pledged to reduce additional pollution of marine plastic litter to zero by 2050. 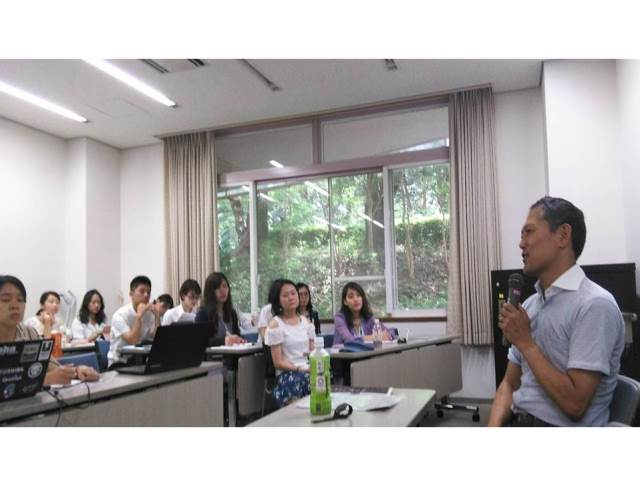 Professor Takaaki Mizuno of the Kanda University of International Studies started his presentation on what a famous journalist, Walter Lippmann, first explained about “public opinion.” He showed how the authorities could manipulate information and images by giving an example of a “doctored” photo of Lenin making a speech during the Bolshoi Revolution. He also pointed out how images of innocent girls have become the national symbols of “war victims” in Korea and Japan by comparing the “comfort women statue” in front of the Japanese embassy in Seoul with the Sadako statue in Hiroshima Memorial Park. Professor Mizuno then explained the psychological inclination of people to hear and see what they want to hear and see. To maintain media literacy, Professor Mizuno pointed out the need to maintain moral and ethical standard in not only judging, but also disseminating information. 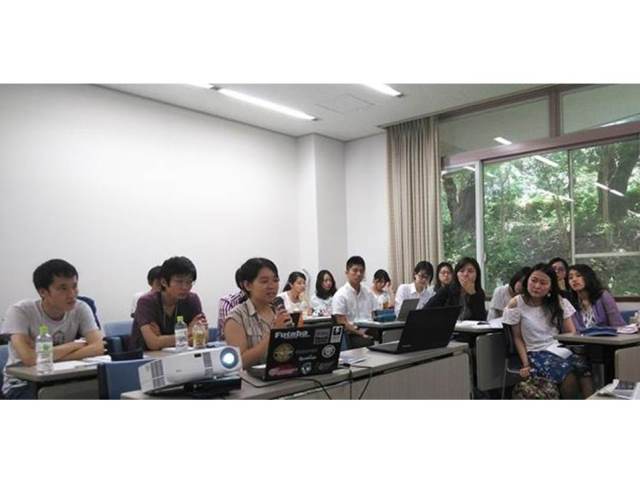 The last presentations and discussions were held concerning SDG Goal 5 Women’s Empowerment with Professor Hiroko Akizuki, Professor of Asia University and member of the United Nations Committee on Elimination of Discrimination against Women (CEDAW), and Professor Miki Sugimura, Vice President of Sophia University. 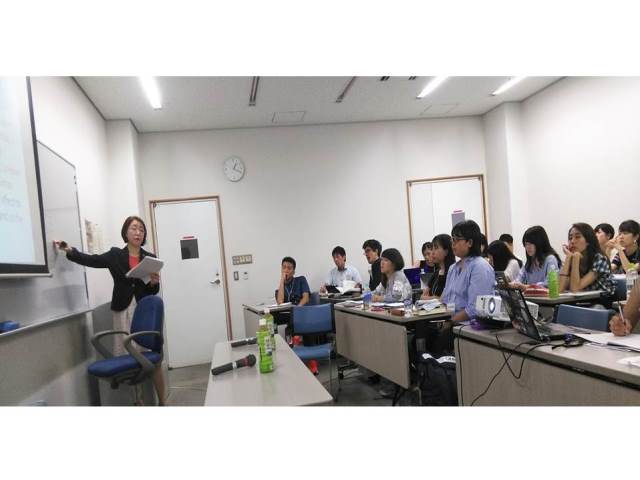 Professor Akizuki informed the students that human rights are the overriding the base for all of the Sustainable Development Goals. She emphasized the central theme of SDGs is to make sure that no one should be left behind, and that people should be free of not only poverty and hunger but also to be free to live in dignity and attain well-being. She pointed out and raised awareness on the low level of women’s status in Japan, China and Korea according to the World Economic Forum indicator, and the need for improvement in de jure as well as de facto treatment of women. 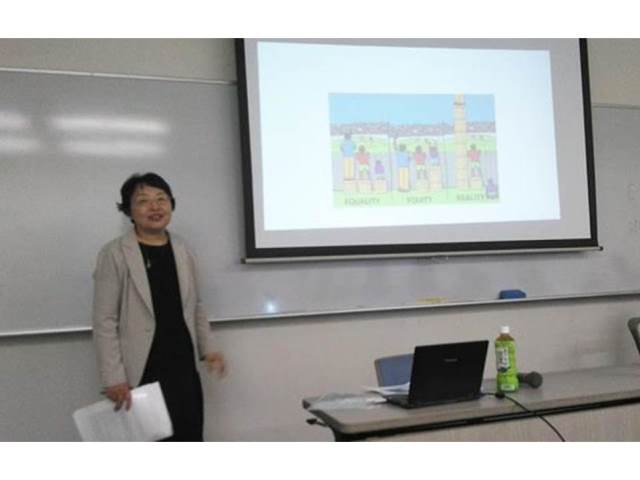 Professor Miki Sugimura explained the need to achieve gender equality for all women and girls in addition to empower them. While the world has achieved progress towards gender equality and women’s empowerment under the SDGs 5, particularly in terms of the access to primary education between girls and boys, she explained that women and girls are in need for empowerment. Professor Sugimura then presented Women’s Empowerment Principles set forth by UN Women and UN Global Compact:

Professor Sugimura then noted that while some indicators of gender equality are progressing, there are insufficient progress on structural issues at the root of gender inequality, such as legal discrimination, unfair social norms and attitudes, decision-making on sexual and reproductive issues, and low levels of political participation in political and economic sectors. In particular, she emphasized the difference between “equality” and “equity” as well as what is happening in the “reality.”

Following the presentations by Professor Akizuki and Sugimura, there was a lively discussion between the two professors and the students moderated by Professor Sukehiro Hasegawa. 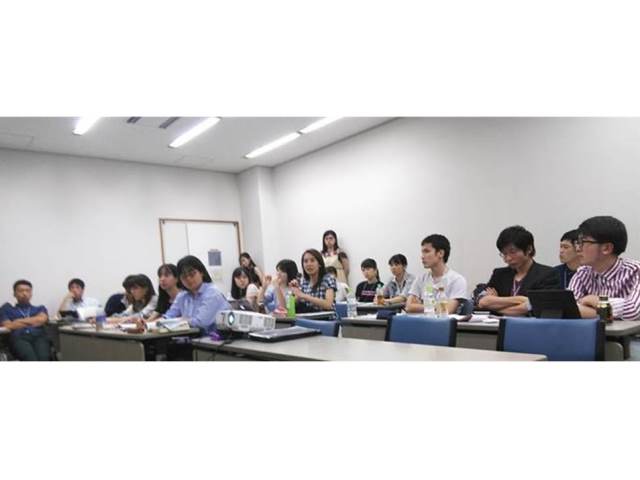 The Preparatory Workshop concluded its last substantive session at 15:00 hours on Tuesday, August 6, 2019. We are grateful to the UN Association of Japan and speakers who joined us and explained about the issues that will be discussed with Chinese and Korean students at the JCK Youth Forum which will be held at Sophia University from August 26 to 29, 2019.