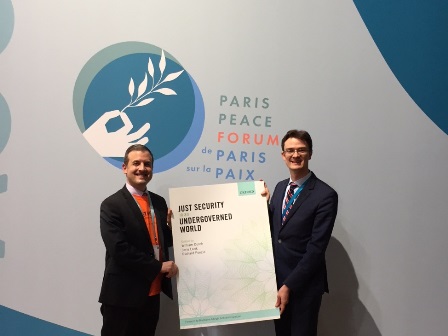 Dr. Richard Ponzio is Director of the Just Security 2020 Program at the Stimson Center, has been working to advance the recommendations of the Albright-Gambari Commission on Global Security, Justice & Governance. Previously, he directed the Global Governance Program at The Hague Institute for Global Justice, where (in partnership with Stimson) he served as Project Director for the Commission on Global Security, Justice & Governance. He is formerly a Senior Adviser in the U.S. State Department’s Office of the Special Representative for Afghanistan and Pakistan, where he conceptualized and coordinated Secretary Hillary Clinton’s and later John Kerry’s New Silk Road initiative. He has served with the United Nations in Afghanistan, Bosnia, Kosovo, New York, Pakistan, Sierra Leone, and the Solomon Islands. Dr. Ponzio has published widely, including Democratic Peacebuilding: Aiding Afghanistan and other Fragile States (OUP, 2011) and Human Development and Global Institutions: Evolution, Impact, Reform with Dr. Arunabha Ghosh (Routledge, 2016). He has undertaken studies in political economy and international relations at the University of Oxford (DPhil/PhD), The Fletcher School of Law & Diplomacy (MA), The Graduate Institute of International and Development Studies-Geneva (MA), and Columbia University (BA).

Ponzio says: Between now and 2020 (the UN’s 75th anniversary), I am working with partner organizations to advance the recommendations of the Albright-Gambari Commission on Global Security, Justice & Governance, including in the areas of “coping with violent conflict & state fragility”, “climate & people”, “governing the hyperconnected global economy”, and “UN and broader global governance reforms.” For further details, please visit: http://www.globalsecurityjusticegovernance.org/ 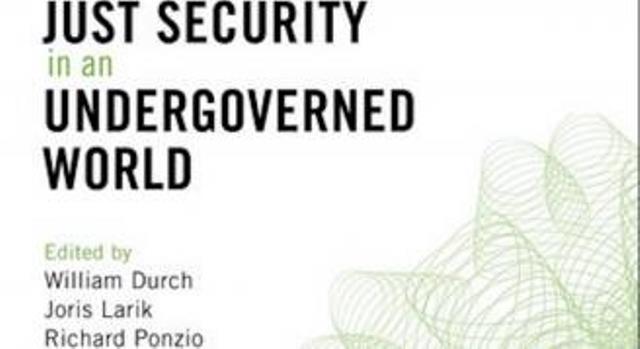 Three major changes are recommended by the group, echoing some of the proposals already made by Kofi Annan and the group of Elders.

For details of their recommendations, see PassBlue 17 October 2018 edition or access https://www.passblue.com/2018/10/17/reviving-multilateralism-on-the-road-to-2020/

The remarks made by Richard Ponzi at the Paris Peace Forum.